I've always been drawn to abandoned structures and places - buildings, amusement parks, schools, theaters, churches, you name it – even old rusted out cars. So when I was surfing the web a few months ago looking for some derelict to shoot, I stumbled across a place called Old Car City. It’s essentially a junkyard of over 4,000 cars about 50 miles north of Atlanta in a little town called White, Georgia. 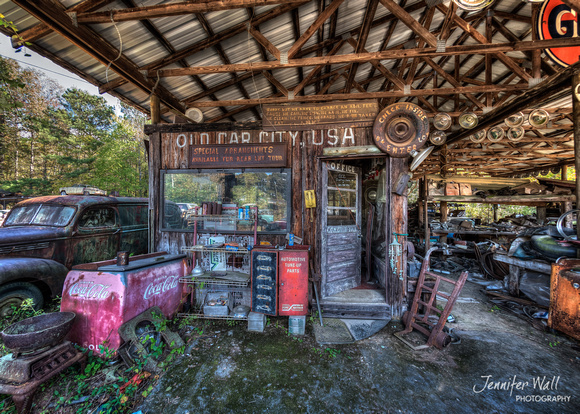 Old Car City began in 1931 as a general store and sold items ranging from clothing to car parts, including tires and gasoline. By the late 1940’s, the general store had morphed into an auto salvage yard, and contributed scrap metal and rubber to the war effort in WWII. 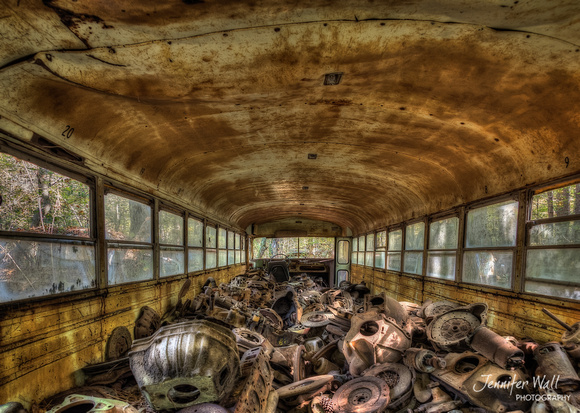 In 1970, Dean Lewis, the son of the original owners, began running the business and buying old junked and wrecked cars and trucks. His intention was to preserve the legacies of these wonderful old vehicles rather than destroy them, and the family business became what is now Old Car City. It’s billed as the world’s largest known classic car junkyard, and there are actually more cars in Old Car City than people living in White, Georgia. 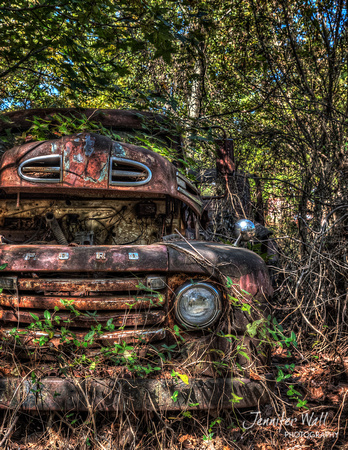 It would be a few more months before I was able to carve out a day to drive up there, but once there, I was completely taken with these beautiful old rust-buckets. There’s something intimately nostalgic and romantic about these old abandoned vehicles. There are cars, trucks, vans, buses, and even an old vintage airplane in the front of the yard – almost all of them from 1972 or older. 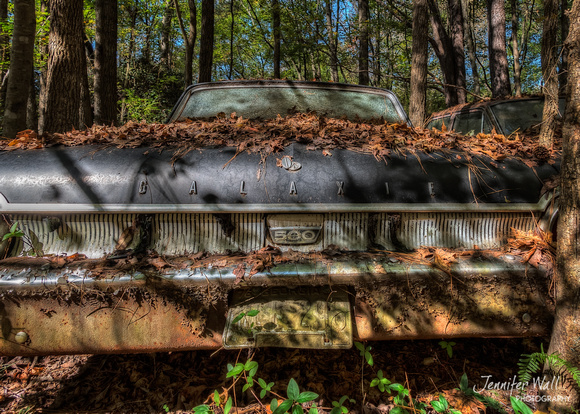 The grounds are spread out across 34 acres of woods with about 6 ½ miles of groomed walking trails, and it’s not hard to get lost once you’re in there, particularly if you aren’t paying attention. As you walk along the trails, you get to know these vehicles and slowly begin to imagine their stories. Some are clearly victims of a rollover; others have been T-boned and never had a chance. They each have their own story to tell – you just have to stop long enough to listen. 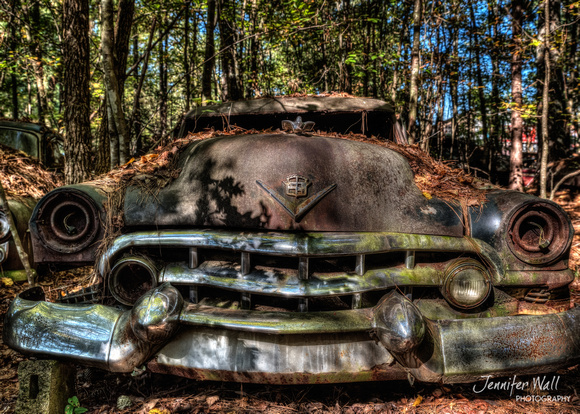 The oldest have been reclaimed by nature, almost completely buried in foliage and pine straw, left untouched for decades. A few even have trees growing up through the engine compartment or bumpers. 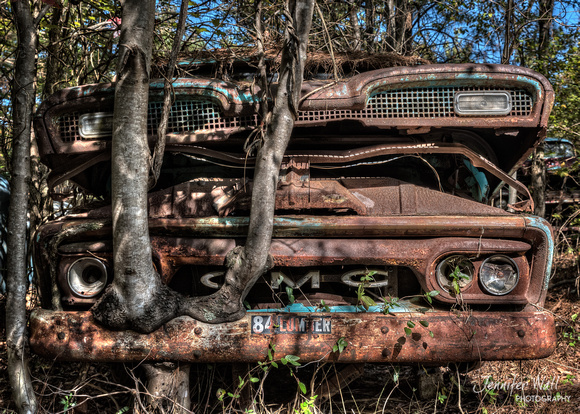 Toward the end of the day, I was completely absorbed in setting up a photograph of an old Ford truck driven by Johnny Cash in the movie Murder in Coweta County, when I heard a slight movement behind me. I looked up to see a gorgeous – and very large – deer standing on the cleared path not more than 10 feet away from me. We eyed each other for a few seconds, then he (or she) quietly walked back into the woods, picking his way between the trucks. 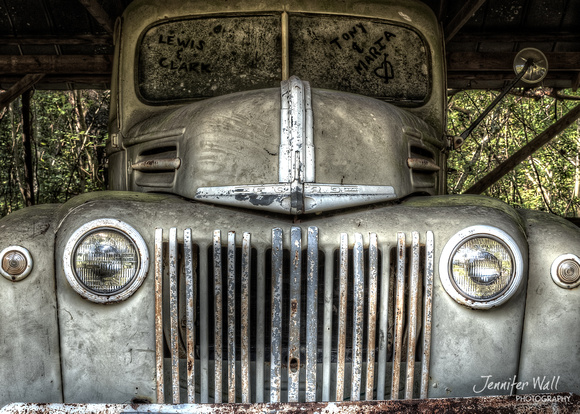 As I sit here now, looking through the photographs I took that day, I can’t help wanting to go back again to visit those beautiful old vehicles, quietly rusting away out in the woods. 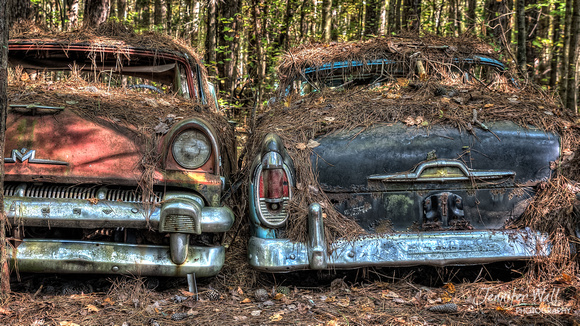